Lewes Ladies 1s beat Aldershot and Farnham with a dramatic penalty stroke in the final play of the game, sending them to fifth in the table.

Lewes had beaten third-placed Aldershot before Christmas and were hoping that Aldershot would again provide them with the space and time that Lewes had enjoyed then.

But the first half turned out to be a boring display of hockey. Lewes cruised through the half putting together some nice passing, but very little pressure. An elegantly played passage by Amelia Barron resulted in a quality deflection by Emily Chevassut which gave Lewes a 1-0 lead going into half time.

The second half began by Lewes being bombarded by what seemed like millions of Aldershot players eager for a goal. They had clearly had a firery half time talk. Goalkeeper Anna McQuade made some brilliant saves and even tipped one onto the crossbar.

Aldershot kept pushing and pushing and their dream eventually became a reality eight minutes from the end of the game. They managed to slip one past the Lewes defence. Putting the score line at 1-1.

With two minutes to go, Amelia Barron went on a stunning dribble along the pitch which resulted in a penalty corner being awarded. The final whistle blew just as Lewes are about to take the corner. This was Lewes’ last chance to notch the win.

A bundle just in front of the line ensued, with Emma Pavitt taking no mercy and hitting the ball against an Aldershot defender’s foot on the line: penalty stroke.

Captain Sarah Hall sent the keeper one way and the ball the other. Goal!! The side went wild with joy as they secured 3 points moving them up to fifth in the table.

The Lewes Men’s 2s increased the pressure on league leaders Worthing with a convincing victory against a strong Eastbourne side.

The last time the two teams met, 10 goals were shared and Lewes were determined to prove a point going into this early morning fixture at the Saffrons.

With this crucial first goal, the game began to open up with the whole team settling well into the game. Ten minutes in, a scaramble in the D between an Eastbourne defender and the Eastbourne keeper allowed Seb Daniels to pass into an open goal from seven yards to put Lewes 2-0 up.

However, Eastbourne were not to be written off, as a huge aerial by the Eastbourne centre back caught Lewes off guard, and their forwards won a a penalty corner, which was powerfully flicked into the goal. A number of Eastbourne attacks put Lewes on the back foot, and a combination of sensational saves from goalkeeper Billie Palmer kept Lewes ahead.

Lewes responded well to this passage of play, with Seb Daniels scoring from yet another, well worked penalty corner. This is a testament to the development of the 2s over the past season, as last year only 5 penalty corners were scored.

Early on in the second half, despite the run of play being in Lewes’ favour, a rare mistake in the defence allowed Eastbourne to quickly latch on to a stray pass and slot home to make the score 3-2. Lewes however were not rattled, and almost instantly came back with an excellently worked goal that saw Sam Rea tackle on the half way line, drive 20 yards at pace, swap passes with Joe Rideout and slam home to restore Lewes’s 2 goal lead.

This seemed to be the goal that killed Eastbourne off, and despite their efforts, they could not seem to find a way past a dominant Lewes side. The midfield trio of Oli Loader, Jamie Cooke and Tom Clinch worked tirelessly to supply the forwards, and the constant pressure from the forwards meant that Eastbourne soon found themselves 6-2 down, with goals from Tom Clinch and yet another from Seb Daniels, taking him to a total of 42 for the season.

A competitive game in which both sides can say they played well finished with Lewes on top. They hope to continue this form into a very important game against the top contenders for the league title, Worthing, next week, in which they will need to stay focused for the entire game.

Lewes Ladies 2s played a fast and furious game with Mid Sussex Ladies 1s. But despite Lewes dominating much of the play they were unable to convert their pressure into a win.

At times, Lewes were camped out in the Mid Sussex half. Superb performances from Fi Maxwell, Amany Russ and Rosie Youngman meant that Lewes pressed the Mid Sussex defence throughout the game.

However, Lewes did not play their usual passing game and, despite numerous chances and several penalty corners, Lewes were unable to convert. Unfortunately, Mid Sussex were more clinical in front of goal and managed to put two past a very determined Lewes defence. 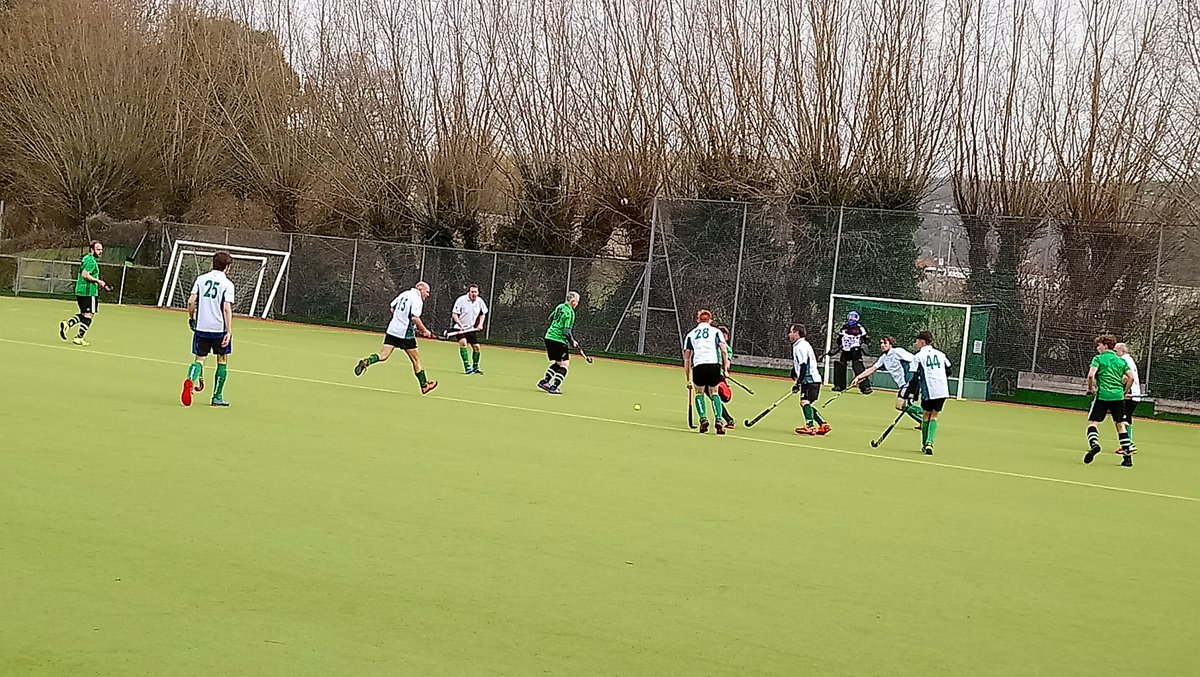